Life itself often writes wonderful stories, so there is no need for us to make them up. We simply pass them on in the hope that, just like leukemia patient Ümmü Turgut, many other people find their life-saver thanks to the DKMS, the German Bone Marrow Donor Center based in Tübingen, Germany.

It has made Edvina Smarsly, Electrical Design Engineer at RAMPF Production Systems, and Ümmü friends for life. A cotton swab almost exactly six years ago made it all possible, when Edvina added her name to the DKMS donor register. Having just become a mother, she wanted to help people, giving them the gift of life and instantly stepping up if anyone anywhere in the world needed her help. It was two years before the DKMS contacted her.

It was in August 2018 that my cell phone rang. The DKMS was calling to tell me I was a potential donor and to ask whether I would still be willing to donate bone marrow. Of course I was, I had been waiting so long for this opportunity to be able to help!

Back then, Edvina did not know who would be receiving her bone marrow. The DKMS only permits direct contact after two years in case there are relapses and several donations are required. She was simply told that it was a woman over the age of 30 who lived in Germany.

Next, her family doctor took blood samples and carried out tests. Everything appeared to be a match, but she heard nothing from the DKMS for a whole eight months. Doubts and concerns surfaced – could the woman have lost her battle against cancer before Edvina had been able to help her?

Fortunately, that was not the case. A further course of chemotherapy seemed to have worked and there appeared to be no need for a donation for the time being. However, the cancer returned with a vengeance, and Ümmü needed Edvina’s help.

Everything suddenly started moving very quickly. On May 28, 2019, Edvina went to Stuttgart and spent five hours hooked up to a dialysis machine donating bone marrow.

Ümmü Turgut received her bone marrow the very next day. The precious cells needed to make the 500-kilometer journey from Stuttgart to Münster before they could save her life, which they ultimately did. Ümmü quickly started improving and the two women were allowed to establish anonymous e-mail contact, with the DKMS acting as an intermediary. They wrote to each other on a regular basis.

I initially didn’t know how to begin that first e-mail. What do you write to a woman who has had to battle cancer for months, lying in hospital away from her family, fearing for her life, and turning to a stranger for a bone marrow donation that was her last chance?

The reply from Ümmü expressed her unending gratitude, difficult as this must have been to convey in an e-mail. The two women could not wait to finally be allowed to exchange cell phone numbers. Their first call lasted 20 minutes, and they spent much of the time in tears. How they would have loved to have hugged, but a distance of some 530 kilometers separated their homes in Lünen and Aldingen.

The long-awaited finally day arrived when Ümmü and her family made the journey from Lünen to Aldingen, booked into a hotel and spent a weekend with Edvina and her family. When we ask how things are going with the two of them now, Edwina reveals:

We meet online at least once a week and chat like old friends, telling each other about everyday events, our jobs, and our families, and making plans for our joint vacation to Turkey next Easter. Ümmü is set on introducing me to her family and we want to finally spend a bit more time together and get to know each other better.

At the end of our conversation, Edvina assures us:

Ümmü and I agree that the whole world should hear about our story. That’s also why we decided on a TV interview [in German], which was arranged during our second meeting in Lünen. We want to show how easy, worthwhile, and life-changing registering with the DKMS is, and encourage as many people as possible to do so.

That is exactly what Edvina did when she initiated a type-testing campaign at RAMPF Production Systems back in 2019. Having received full details of the donation procedure, 40 of her colleagues took up the invitation. It was an impressive show of commitment on behalf of the DKMS and also a generous gesture by RAMPF, which was more than willing to pay the costs of type testing. 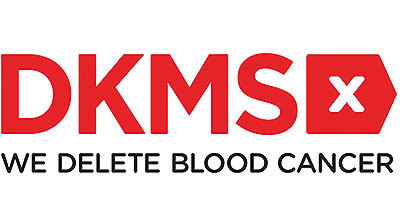 Make a difference – sign up for a DKMS swab kit online now, it only takes five minutes!